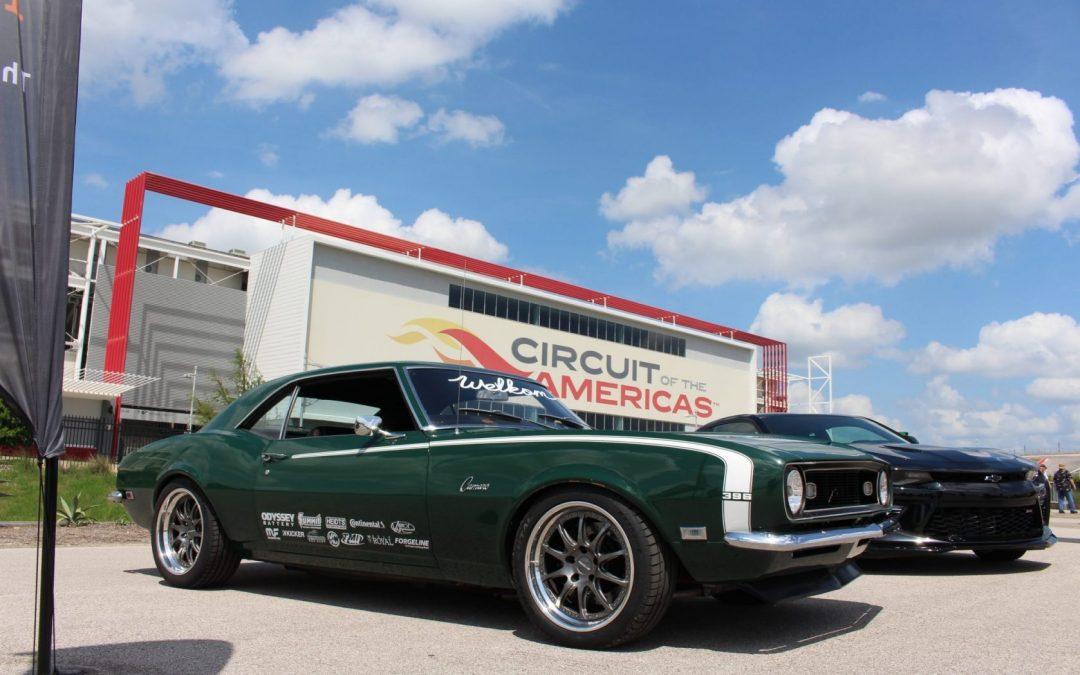 IT’S TOP GEAR TUESDAY!! But this time it was bigger than ever, literally. We gathered in No Limits, TX (yes that’s really the name of the city that house Texas Motor Speedway) with lots of friends and fans to watch Top Gear on the world’s largest HDTV, Big Hoss. But before all of that, we had to get there.

We woke up Tuesday morning in Austin, TX after a great day at Circuit of the America’s ready to hit the road. We joined up with our friends from Odyssey Batteries, who brought along a SRT8 Jeep Grand Cherokee, and we hit the road. Today was an all interstate day, as we were hustling to get to Texas Motor Speedway to get everything set up for the Top Gear watch party that evening.

Our first stop was to pick up Adam Ferrara at his hotel in Austin. We scooped him up and went to Buc-ee’s, a gas station, grocery store and Wal-Mart, all rolled into one. It was glorious! I’ve never seen so much beef jerky in my life. Buc-ee’s should definitely be a stop on the Power Tour next year. We rolled on from there, headed north, eventually arriving at Texas Motor Speedway. I took the Tundra on the track and shot some videos to say thank you to the manufacturing partners we had on the build. And we figured, hell, if you’re going to have your truck on the track, you might as well take a lap. The truck did great, but I think we made the stability control angry, as it wouldn’t stop flashing.

We wrapped up on the track and went up to visit my friend and TMS track president, Eddie Gossage. He and his team were internal in making this event a reality, so i had to go say thank you. And again he went above and beyond, catering Babes Chicken to the track. And trust me, if you’ve never had Babes, its some of the best fried chicken EVER!

Tanner met us at the track and it was time for the show. Our friend and YouTube car queen, Emily Williams, hosted a Q&A with me and boys,then we started signing autographs. The line was insane, but everyone was patient and we signed until last person came through. Next Top Gear started. It was really special to see so many people sitting in their chairs and cars, watching and laughing right along side us. It was truly a special night.

Loved seeing all of my friends that came out: KC Mathis (formerly of Gas Monkey), Mike Finnegan and David Freiburger of Roadkill, Ryan Eversley, all my Continental Tire and Odyssey Battery folks, and of course Adam and Tanner. It was a great turnout and all for a great cause.

Check out the pics and videos below…