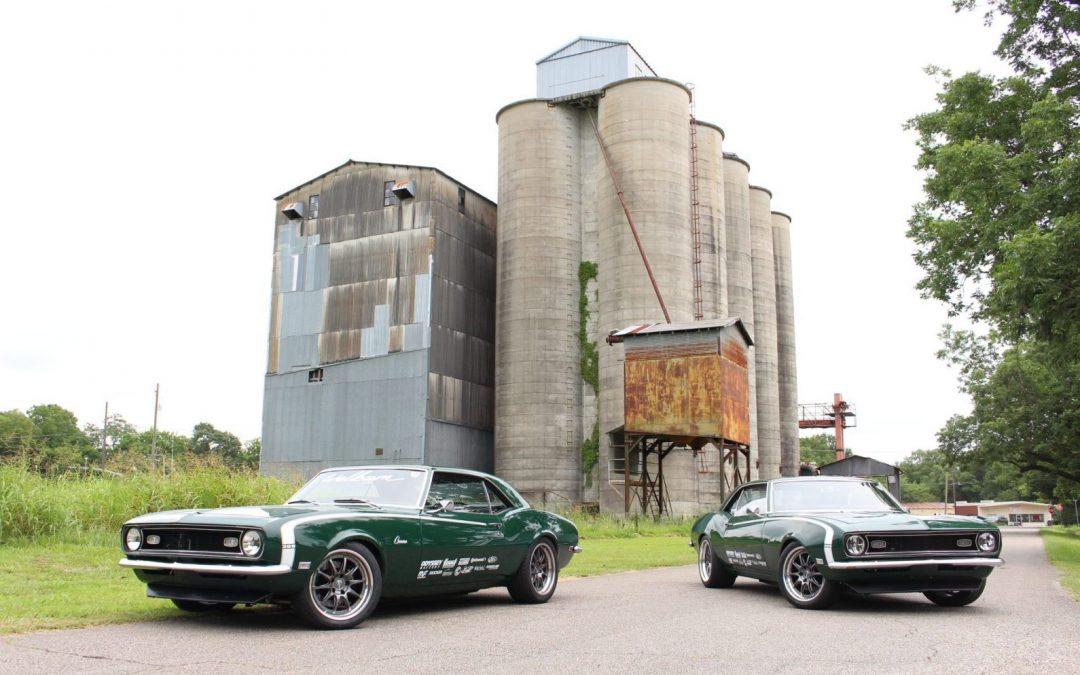 Well, after a little (very little) shut eye, we are back on the road. Today I have the pleasure of riding with my good friend and talented racecar driver, Ryan Eversley. Plus some friends from Continental Tire have joined the parade in a couple of bada$$ Lingenfelter built Corvettes and a gnarly Challenger from Petty’s Garage. Check it all out below! More to come, stay tuned…

Ryan rode shotgun as we blasted out of Gonzales, LA headed west. We had a truck full of Continental hats, koozies and other goodies that we were handing out to all those that came out and braved the heat while watching the Power Tour roll through their town. That’s absolutely one of the best parts of the trip, seeing all of the smiling faces! And they smile even more when you give them free stuff!

On the Power Tour we do our best to avoid interstates and to take nothing but backroads. So we rolled through Lafayette, albeit slowly. I’m not sure they were ready for 3000 hot rods!  After Lafayette, one of the cars in our group had small issue. Luckily we ended up in an auto parts parking lot, changed an alternator on the spot, and were back on our way! We pushed on, through some off the radar Louisiana towns: Rayne, Crowley and Jennings. In Jennings we ate a killer drive in: the Rocket Drive Inn. It was old school cool and had fantastic food! The Hot Rod Magazine crew rolled by while we were eating, and next thing you know, we are doing an impromptu photo shoot with the Evil Twin Camaro’s in front of an abandoned grain facility. From there we were on to Lake Charles, where the rain began, and continued until we were well into Texas.
Once in Texas, another gremlin reared it’s ugly head and a friends car from the convoy had to put on a transporter 🙁 We once again attempted a roadside repair, but didn’t have the tools and parts we needed for this. But no worries, on we go. That rain I mentioned earlier, it came back with vengeance. We got soaked from Beaumont all the way to Baytown, where it continued. The rain, combined with our unexpected issues, caused us to miss the event at Royal Purple Raceway unfortunately. But we will be back at it again tomorrow, where the Tour heads to Austin and the Circuit of Americas! I’m pumped!!!