This beast has a cool history. Originally built in 2007 for SEMA and the auto show circuit by Toyota Motorsports, it was the first ever Tundra to boast TRD Performance parts. It came equipped with a Magnuson Supercharger, Wilwood big brake kit, TRD Forged 22″ wheels, and a bunch of other TRD goodies. I would see the truck (and it’s identical twin) sitting at the Toyota HQ when I would visit. I bugged them enough about it that they finally let me purchase it.

Once I knew it was mine, I knew I had to make it unique. So with the help of my friends at Toyota, I decided to updated the front and rear to 2016 TRD PRO parts, basically taking it from 2008 to 2016. I added a wide body kit courtesy of Honey D, an Odyssey battery, a 3M wrap (gloss lemon sting), Fuel Offroad 20″ wheels wrapped in 33″ General Grabber tires, a MagnaFlow exhaust, and Kicker sound system. Plus my friends from Summit Racing came through big time, pitching in a McGaughy’s lowering kit, Bilstein shocks, an Auburn LSD, JBA Long Tube headers, SPC control arms, and an Undercover bedcover. 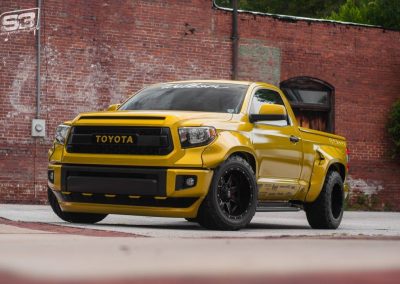 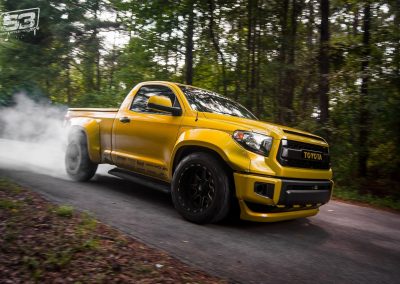 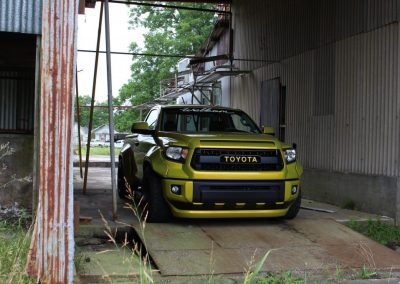 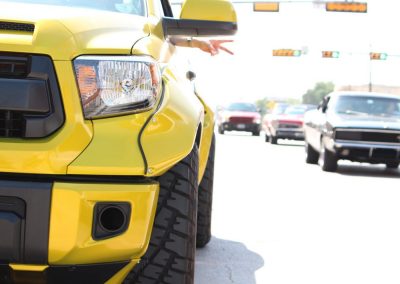 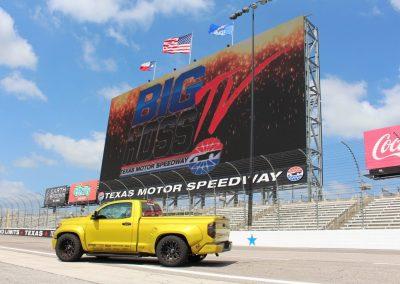